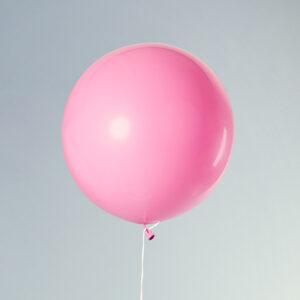 Pin it and Bin It

Pop or untie your balloons before you throw them into the garbage to save space.

Releasing balloons into the sky is no different than littering trash directly onto the ground. In addition, littered balloons can be harmful or fatal to wildlife.

Balloons are filled with helium that can displace oxygen in your lungs and endanger your health if inhaled.

Balloons are just one of many ways to decorate. Try replacing balloons with DIY honeycomb balls and other eco-friendly decorations.

After use, you can deflate and store mylar balloons and inflate them later with helium. Watch this video tutorial to find out how to deflate your ballons.

Use in Crafts or Packaging

This guide from Green Talk offers 10 different ways to reuse old mylar including for crafts, packaging, and protecting your home from pests.

The Earth Has Only So Much Helium

Nobel laureate Professor Robert Richardson warns that we are squandering our limited helium supply. Helium gas cannot be manufactured. When you inflate balloons with helium it is lost forever. The issue is that helium has vital uses in operating MRI scanners, rockets, and long range telescopes.