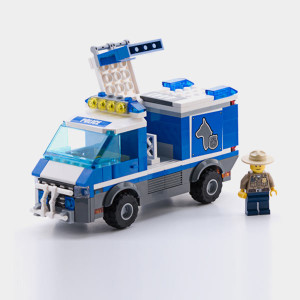 Wash Before You Donate

It’s a good practice to wash LEGO bricks before you donate or sell them. Soak LEGO bricks in warm water with some detergent and then air dry.

Send unwanted LEGO bricks to Brick Recycler, which gives them to children in need who are in orphanages in Zimbabwe. They’ll even pay for the shipping.

LEGO toys are made from plastic #7 and are incredibly difficult to recycle. The best way to prevent LEGO toys from sitting in a landfill is to buy used ones. This approach keeps the LEGO toys already out there in circulation.

You can sell LEGO bricks on BrickLink, which calls itself the “unofficial LEGO marketplace.”

Send your unwanted LEGO toys to LEGO Replay, which works with Teach for America and the Boys & Girls Clubs of Boston to give thousands of children the chance to learn through play.

LEGO to Spend $1B on Going Green

The World’s Most Popular Toy

According to a 2010 survey by Firebox.com and Toyology.com, LEGO bricks are the most popular toy ever manufactured.